I got tired of the hassle using an external EMS and worrying about if it’ll still be there after returning back from an outing. Despite my relentless, rigorous and sometimes ridiculous (according to the wife) attempts to lock it down to a power pedestal, tree, rock, or anything that isn’t easily moved, having one permanently installed was a dream. But they’re not cheap! However, after considering the $1,000+ cost to replace a potentially damaged power unit down the road in our Outback 324CG, and the ease of offloading one more “landing task” to campers in my party, I could justify the cost.

The new Progressive Industries EMS replaces our older 30 amp surge suppressor unit from Technology Research we’d been using from our previous Cougar 293BHS. We also have a smaller one and both will be stored as backups… just in case.

I recommend you research the options available. But I settled on this Progressive Industries model for both their reliability and features. Not only is there a nice remote-readout that tells you of voltages, current, frequency, error code, and previous errors, but the protection from multi-mode surge, voltage, polarity and lost/open neutral protection. Since I never trust the power at most parks, this is cheap insurance!

obligatory disclaimer: I’m not a professional electrician, do not do as I do. This isn’t a how-to guide, but rather me documenting my work. Please seek professional advice elsewhere as I don’t want anyone hurting themselves. Also, I’m a certified geek, I may get technical.

First thing I needed to do was remove power and battery connection. Secondly, figure out where to install this thing… both the unit and where to place it is substantial. My first idea was located immediately after the external shore-power receptacle from the outside “Docking Station.” On the Outback, that’s located across the restroom under the hallway closet in a hidden compartment. Just two fasteners hold the inspection panel in place.

Upon closer inspection, I quickly decided NO WAY, water and electrics do not mix and this could be a potential for disaster! “But this would be so easy, look at all that room!” I thought. So began an internal conflict thinking I could mount it up high on the wall and protect it in a box somehow. Then I saw another project being added to the To-Do list… There was a leak already in progress that has gone undetected until now. Also, the floor penetration isn’t sealed at all and neither is the area around the back in the docking station. Air leaking can be easily felt.

So, what are you seeing here? At the bottom is the fresh water pump for boondocking. It pulls water from the (hopefully) filled fresh water tank. Above that is the 50 amp service plug that travels to the circuit breakers and distribution panel on the other side under the oven. Above that is the back of the outside Docking Station where all your utilities are plugged into. 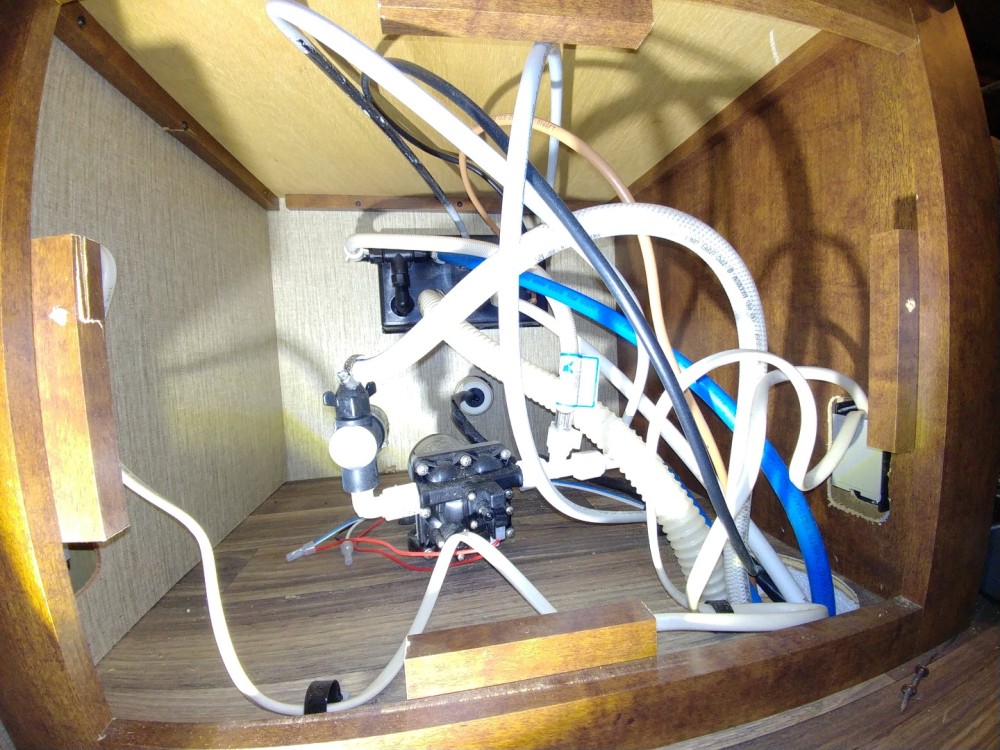 Here’s the gaping hole I’ll be sealing up later on after organizing and labeling all connections. Everything from the back of the docking station run through here –  City water and fresh tank fill, Fresh tank vent, coax, black tank flush, and of course electrical.

Okay, so where to put this thing now?! The next logical place after verifying that the power from the Docking Station doesn’t lead anywhere else but here, putting the EMS behind the electrical distribution panel was the next best location. If water gets in here, we’ve got much bigger problems! 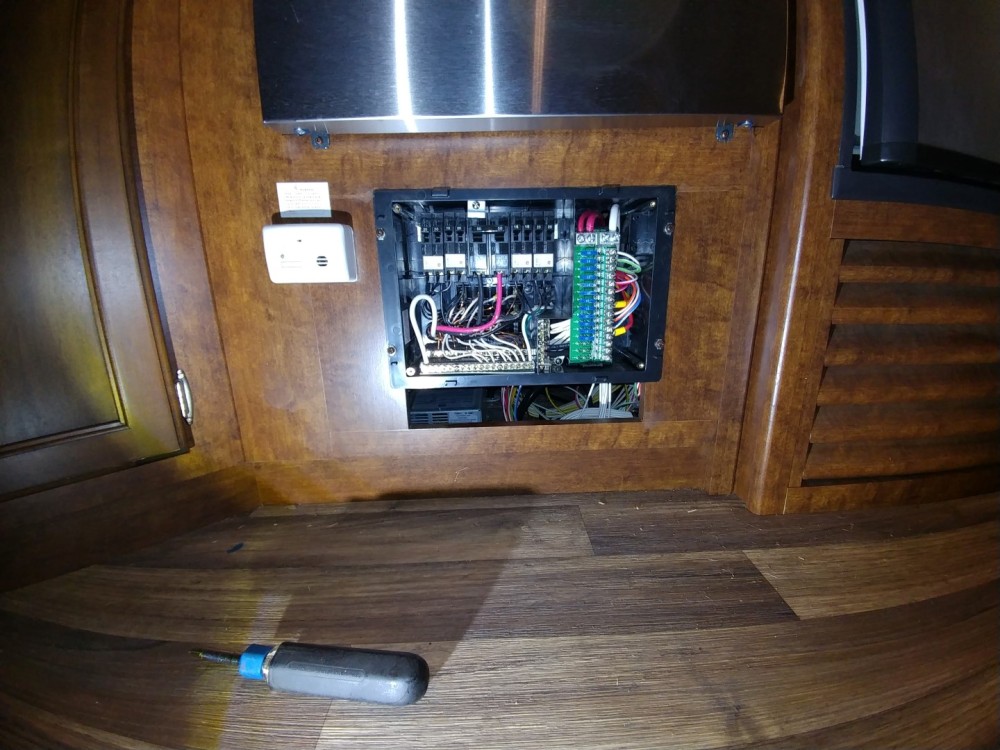 Oh, hey! What’s that under there on the lower left? That friends is the AC->DC converter which charges your RV’s batteries and provides DC power to the RV. This is going to be EeeZee! Four simple fasteners to remove and I’m in!

OMG those wires are SUPER rigid! Look at this mess! This isn’t going to be easy. Grrr.

So now the next step is to figure out where this will be mounted. In the background you can see the black box that is the EMS loosely sitting there. You can see the big black cable above those two red leads which is the 50 amp service cable between the shore power and the distribution panel. It’s a super thick 6-gauge (x3 +ground) 50-amp cable, they DO NOT bend easily, or at all when combined so test fitting is crucial. So is making sure those PEX leads for the outside kitchen are snug. (I may wall this off later on to mitigate spraying water should a breakage occur)

My hand looks weird here, but I’m seriously pulling pretty hard while trying to hold steady for the picture.

I finally cut (repeated cuts) the cables. Here you see the shore power supply entering the EMS. Now I have to negotiate with that cable to bend backwards so I can put the leads in which supply the distribution panel. 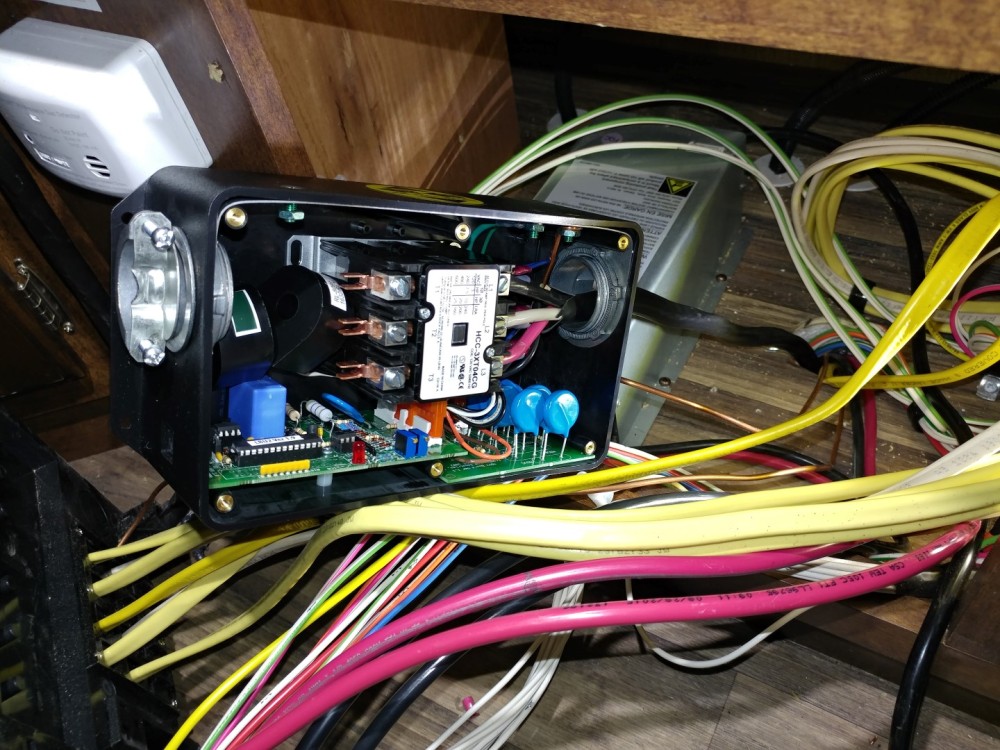 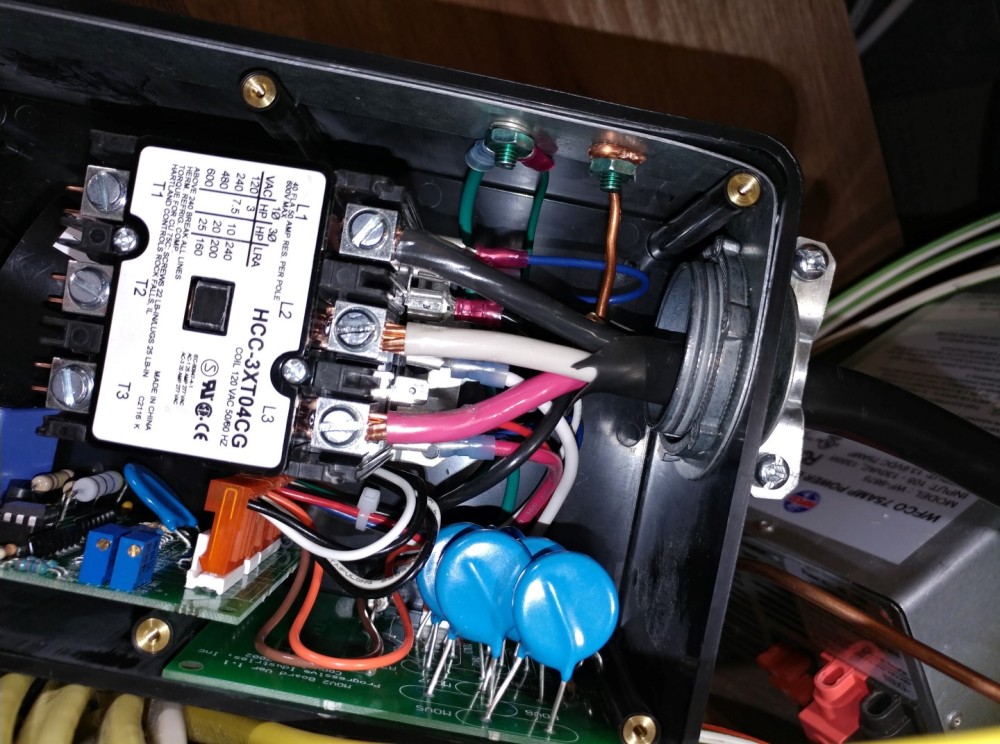 Wow, are these insanely difficult to bend! Especially the ones on the left where you have to put them through the loops. This took a lot of patience… and whiskey.

After looking at the specification for the AC->DC converter I realized that the very front of the chassis had nothing underneath it on the left side. So I decided a nice metal rigid mounting location on top of it is perfect. I put velcro underneath the EMS, and secured it with one #8 self-tapping sheet metal fastener. Yay! Now… time for another sip of whiskey before literally wrestling this cable in a nice horseshoe shape behind the distribution panel.

I didn’t take pictures of the struggle with this thing, it was very real. But finally, its in! Now to finish up the build with mounting the external digital readout (I bet you forgot!). See the grey RJ-11 cable coming out at the bottom, that’s the output for the display.

Hmm, here you can see the power distribution panel as well as my entire clothing collection courtesy of Costco.

Luckily there was an easy location to pull the cable through the distribution panel’s fascia behind the drop-down door.

I simply drilled a hole in the panel door large enough so that the protruding RJ-11’s connector could fit nicely.

Oh, duh. It doesn’t plug into the back, it plugs into the bottom. Oh well, I’ll just tuck it underneath and secure it. 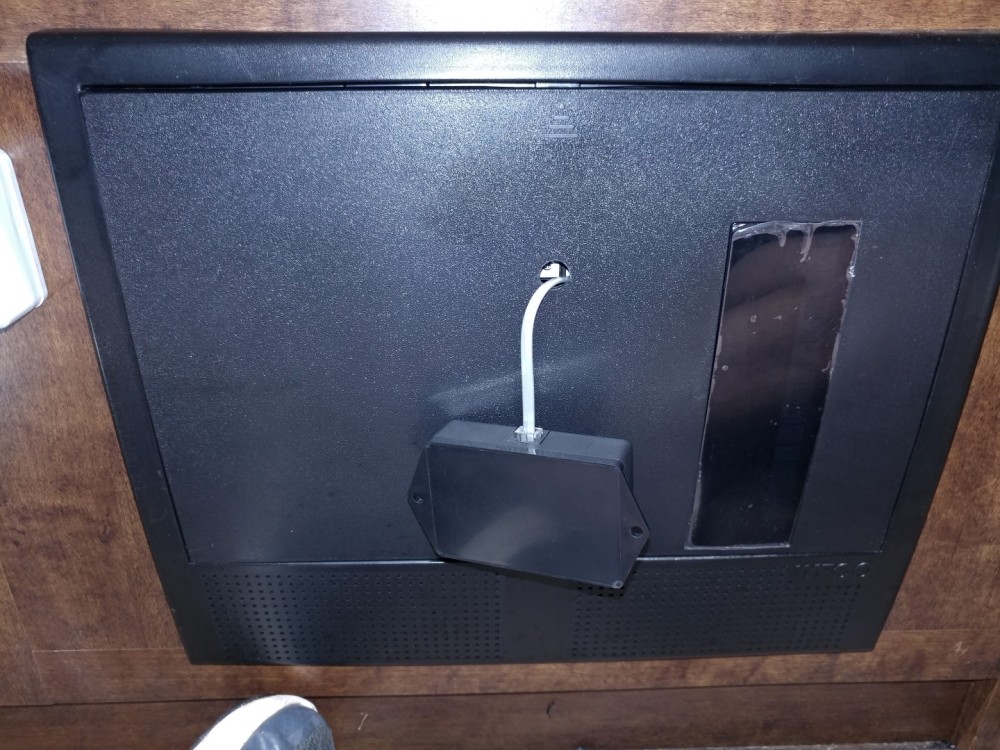 EDIT: Adding the continual rolling self checks someone asked for: 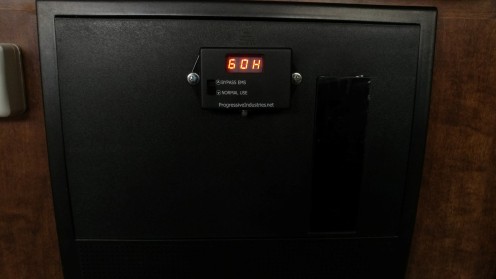 Check out our other upgrades! Have any questions about this project? Please chat below and I’ll try to respond in a reasonable time. Remember, we have full-time careers and this blog is just a hobby. ☺️